This month sees the launch of two new collections by longstanding members of the Poetry Society of the Open University: In the Simmer Dim by Barbara Cumbers and Time Matters by Julie Anne Gilligan.

In the simmer dim is a collection of poems written as a result of Barbara Cumbers’ residency in Scalloway, Shetland, in November 2017, and of her several visits to the islands as a geologist. The title is the Shetland phrase for the nights in summer when the sun scarcely dips below the horizon before rising again. Barbara lives in London. Now retired, she earned her living as an information officer in the NHS and as a part-time lecturer in geology. She has had poems published in various magazines and small press anthologies. Her first collection, A gap in the rain, was published by Indigo Dreams in 2016.

The intelligent and playful poems in Julie Anne Gilligan’s Time Matters, offer reflections on the subject of time from a range of perspectives and in diverse forms and styles. Julie’s poems have appeared in several anthologies, e-zines and journals. Her debut collection The Thickness of Blood was published in 2012. She holds several qualifications, including The Open University MA in Creative Writing (2018).

For more information regarding these exciting new publications, click here. 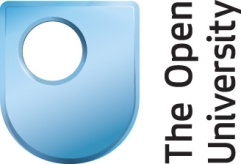